By night, a new interactive dimension welcomes the participants of Black Rock City. The structure is lit from the interior to guide the way for approaching people. In addition, the lights and sounds coming from inside the structure operate on motion sensors to turn and follow the movements of the participants, giving the structure a vibrant sense of life, like in this video 3D rendering. 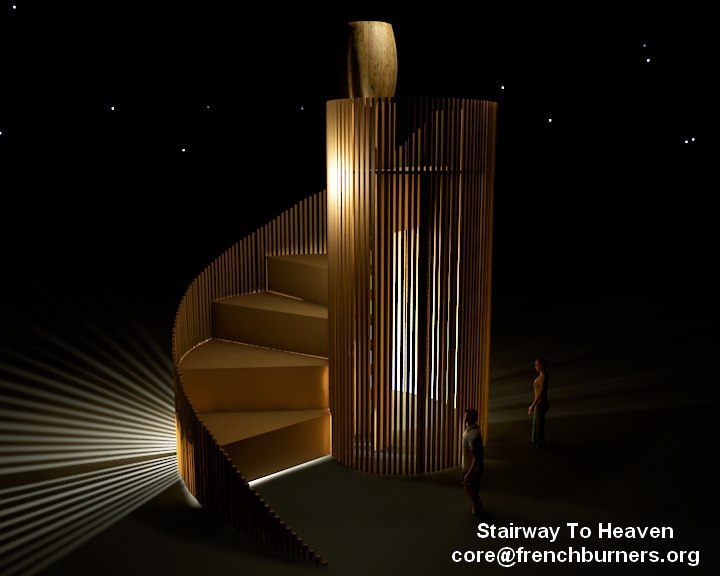 By night, the music will act to provide a soundscape of a calm and peaceful atmosphere, offering a space for reflection and meditation and also interacting with people approaching the structure, who can influence the sounds and lights coming from the structure through movement sensors in an around the effigy.

The sounds will coordinate with the lights that flow from the structure, creating a game between movement, light, and sound. The music will be played on a small sound system, with a low volume, in order not to cause a nuisance to the neighboring CORE structures.