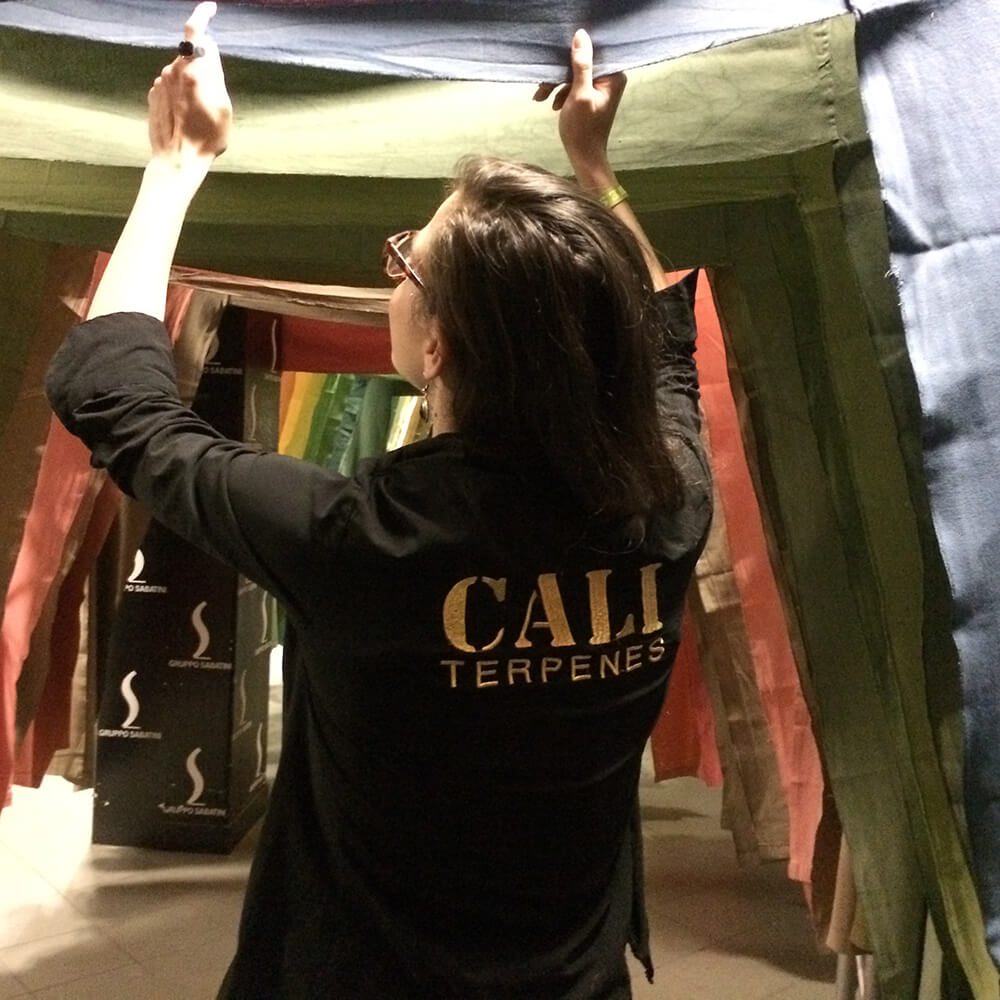 Catching up with the Cali Terpenes crew in Bologna

Among all the nice things that happened during the 50 Shades of Green exhibition at Indica Sativa Trade in Bologna, the best one was meeting in person with the Cali Terpenes crew, the project partner that has been supporting 50 Shades by providing their liquid treasure: cannabis terpenes.

Cali Terpenes is based in Barcelona, and I never really had the pleasure to meet them in person. We started contacts around last August via email, then we switched to phone (and more emails), and we eventually had a few meetings via Skype and Whatsapp video, including one a couple of weeks before the Bologna show. They didn’t tell me they were planning to come to Bologna, also because they were just off a superbusy Spannabis Barcelona cannabis fair, where Cali Terpenes also won an award for Best After Grow Product – congratulations!

Imagine my surprise when, up on a ladder still setting up the installation even if Indica Sativa Trade was already open to the public, I hear somebody calling me in Spanish and I see Alexandra, Cali Terpenes’ commercial director, who just arrived at Indica Sativa Trade and came straight to see me and the 50 Shades of Green installation.

I immediately took advantage of Alexandra’s presence at the trade show, and I invited to kick off the installation by spraying the first round of cannabis terpenes on 50 Shades of Green, as you can see also from the pictures I published in the photogallery of happy noses in Bologna. 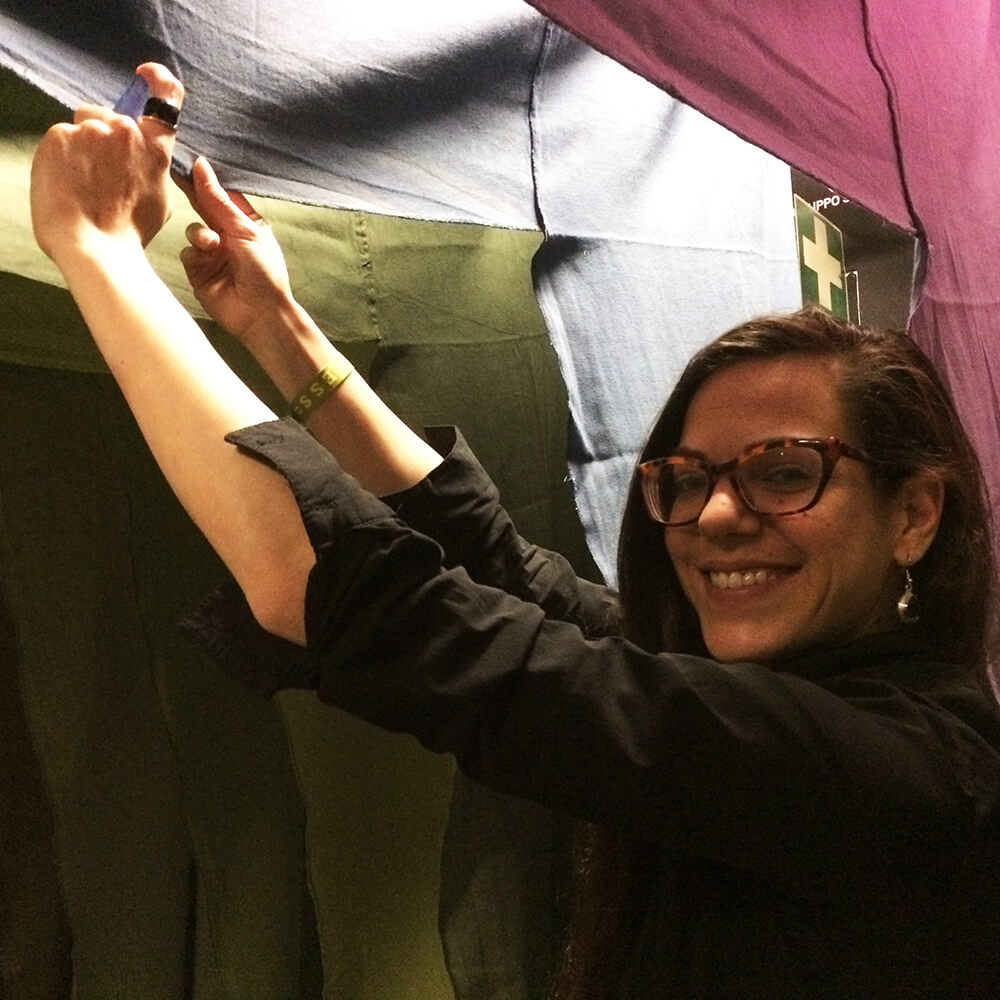 After that, we spend a lot of time together over the weekend in Bologna, hanging out at the installation, going out for lunch, and going around talking to the cannabis trade show exhibitor. Most of them already know Cali Terpenes and their premium line of cannabis terpenes products, and many even knew Alexandra personally, as their companies are already Cali Terpenes’ clients. I had the pleasure to introduce to Alexandra a few companies she still didn’t have contact with, and I’m happy that a couple of the people I put in touch with her might be likely to be doing business soon with Cali Terpenes – in a way, was my way to giving back and say thank you for all the support they have been giving to my project over the last several months.

But the key moment of our interaction was when I convinced Alexandra to be the guest star of a video i wanted to shoot in Bologna. She was fantastic, a real star, as you can see from the video below. And, since she was so friendly, I abused her availability and actually asked to shoot two different videos: one horizontal for this blog, and a vertical one for the project’s page on Instagram.