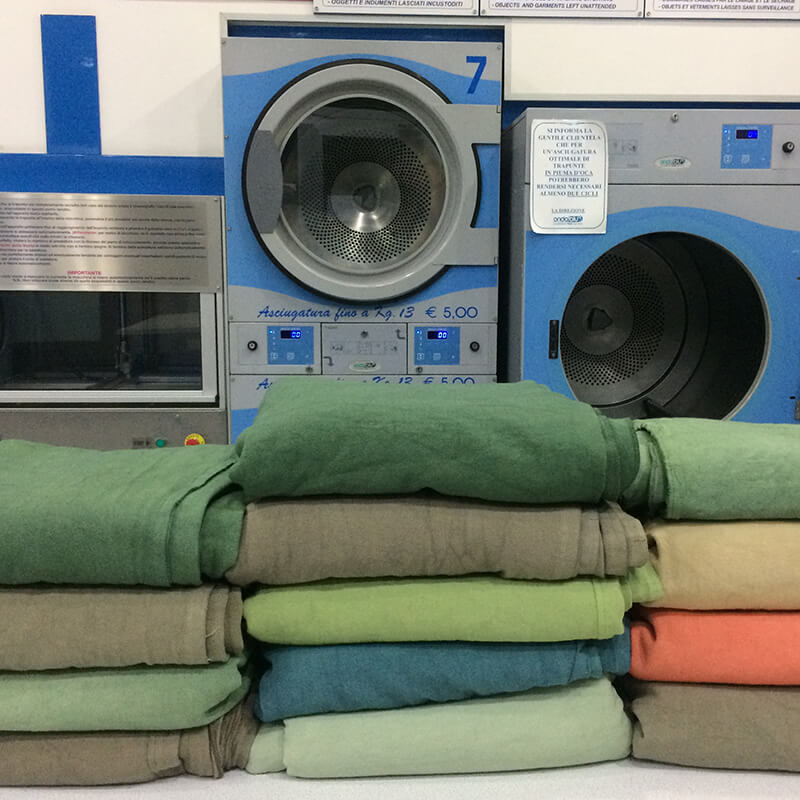 This is weird, a bit amusing, but also very intriguing at the same time. Over my 30+ years of artistic production I have used several media, and several ways to use colors – from the obvious brushes (for regular painting as well as Jackson Pollow-style dripping) to powder pigments, to dipping objects in color tanks, burning stuff (and using ashes and carbons as pigments), scraping buildings (to use the city smog as pigment), all the way to fading artworks and making stuff disappear under layers of resins, wax and more. And yes, I’ve used also all the “regular” stuff such as acrylics, temperas, oils, crayons and pastels.

Of course I’ve gone also digital, using colors generated by projectors and tv screens, or adopting LEDs. In a case or two, at the beginning of my experiments, I even used my own blood while, during the production of the Orwell Monegros project, I was almost using a few hundred litres of animal blood to paint red the Spanish civil war trenches – but, at the end, I went with non-toxic natural pigments.

This time, for the 50 Shades of Green project, I decided to move into a new technique: washing machines! At first I thought it was a crazy idea but, after the first couple of tests, I figured out that it was actually the best solution – and also the less expensive and fastest one.

In order to create the 50 different shades of color on fabric, I could have gone with regular paint, using several different techniques. But the point was that each of the techniques would have had the same effect, making the textiles too rigid. Some other techniques, such as acrylics, would have caused the surface paint to crack, when rolling the shades for transportation. Then I discovered the perfect solution: colors for textiles, to be used in washing machines.

The first couple of tests were successful, as the colors penetrated the fabric, coloring even the inner fibres. So that was it – I found a self-service launderette with many washing machines and opened also at night, and I took advantage of Christmas and Boxing Day, when other people were unlikely to go wash their clothes, to take over the launderette.

I have to say, the process has been a bit stressful and definitely hectic, as I had to do one color cycle per shade, plus one additional wash per shade to fix the color, plus all the dry cycles – that accounted for more than 150 cycles between wash and dry, and I had to be timely with the addition of color, managing a cross cycle between multiple machines. And, in between activities, I was just sitting in front of a machine, getting hypnotized by colorful rotating psychedelics happening in the machines’ windows. Loved it.

But let’s step back – I have never tried this dye technique, so I had to do an extensive research, and also a few tests. i ended up finding the perfect product – Super-Iride, an Italian classic product from the ’50s today almost completely out of the market. I remember some of their TV ads from the ’60 and early ’70s, still on black and white TVs, and I was very happy to find some of those vintage ads on YouTube. I also found a story about the rise and fall of the company who produced it, that went bankrupt at the beginning of the ’90s, and I have been proud that, even if only for an art project, I’ve helped Super-Iride get back to life.

I loved the coloring product, that acts as a powder pigment, and need also 1 Kg of salt to be added in the washing machine to help fix the color. After trying Super-iride, I went on a hunt for the product, that I finally found at Filati Italiani, a family-run company in a small village in Central Italy, and I ordered pretty much all their left-overs. Unfortunately, not all the base colors were available, so I had to work with only 6 colors, and all the combinations that I could achieve by mixing the powder bags they came with. That was also a fun process, that i managed through Photoshop, creating a table of merged colors as a working guideline – but I have to say that, in the process and after getting confident with the results, I also went a bit random in mixing the color powders “by heart”.

Next step will be putting metal rings in the shades, that will also have to be ironed at a certain point, and I will be ready to start working on the holding structure, that will be relying on a few hundred meters of stainless steel cable. Follow this project blog to figure out how I will manage to do that – a process that, finally, will be performed at Villaggio Globale.

Here below are some pictures of the process I went through to create the 50 shades. Enjoy the photo-gallery.