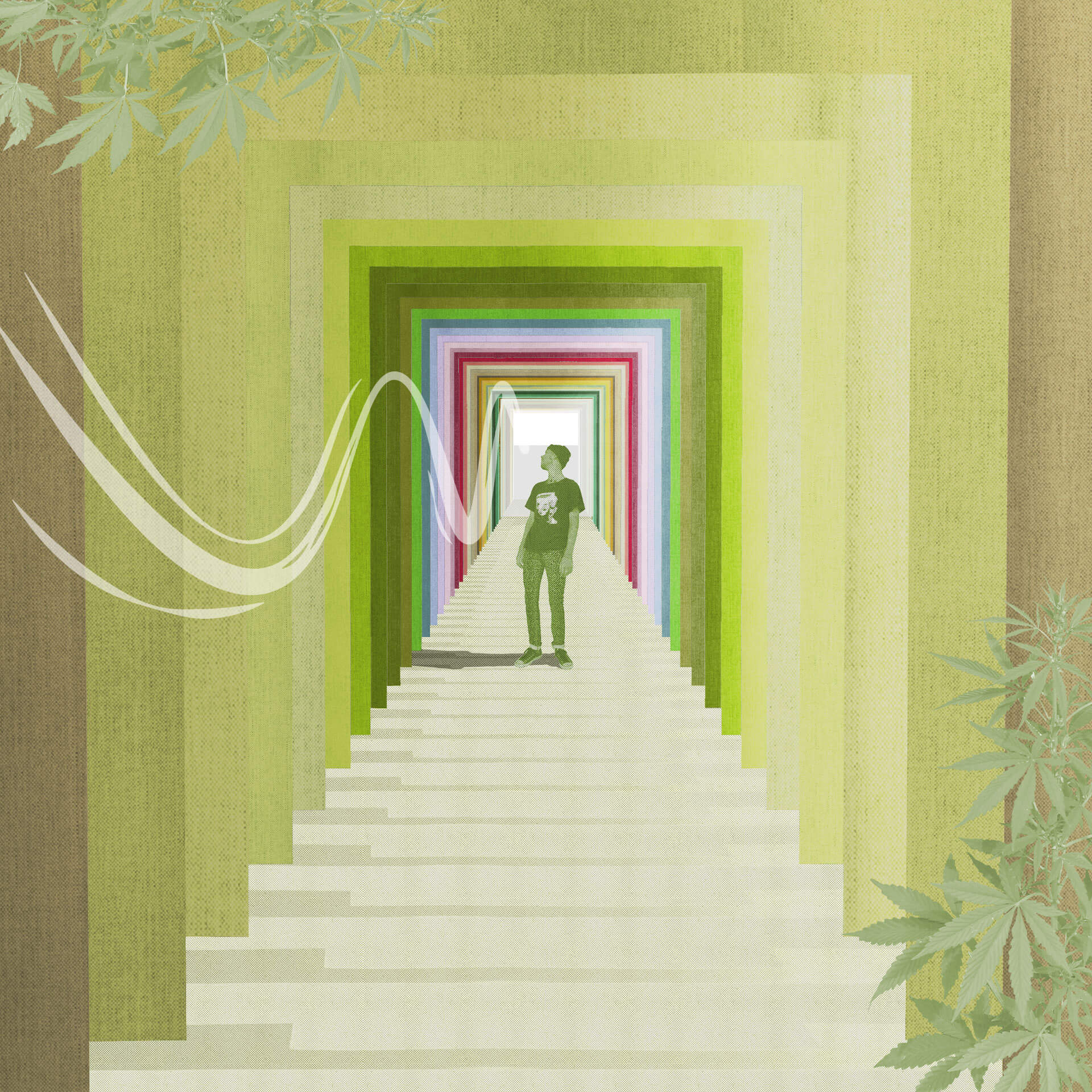 As I pointed out in one of the first articles of this blog, there have been a few radical changes in the final 50 Shades of Green design, if compared to the first draft of the artwork. First of all, the range of colors changed, as the colors used in the first draft are totally random, while on the final version of the artwork the color of each “shade” is being defined by the available cannabis terpenes, in a reverse engineering mode.

The other major change between the first draft and the final version of 50 Shades of Green is the fact that, instead of cutting each shade in stripes, I’ve decided to cut the shades shaped as doors instead. This final design solution has several advantages. The first advantage is actually a strategic choice for the production stage, as the “doors” require way less sewing than the “striped” version.

Also, it increases interaction inside the installation. As a matter of fact, while the stripes were designed to allow visitors to walk through the “tunnel”, it is also true that art visitors generally refrain from touching the artwork. Cutting the shades as doors creates a clear pathway through the installation which better defines the tunnel, and constitutes a clear invitation for visitors to walk inside the artwork.

Lastly, from a design standpoint, the doors also create a new visual perspective. The color gradient will be enjoyable not only by walking outside and around the installation, but also as people walk through it – while the first draft design would have blocked that visual to visitors “venturing” inside the artwork.

I have to say thank you to Lewis Williams, an London-based architect and designer “exceptionel” who has helped me designing some incredible final mock-ups of the installation. Since I have been already pretty busy with the actual production of 50 Shades of Green, I didn’t have the time to create new mock-ups in Photoshop – but let’s be honest, I am very far from Lewis’ brilliant design skills, so I’m very happy that he jumped in to help me out, with an incredible attention to details that make the mock-ups look like photo images of “the real thing”. Thank you Lewis!

Here are the two final mock-up of 50 Shades of Green designed by Lewis, with a couple other pictures and images from the production stage. I hope you enjoy it. 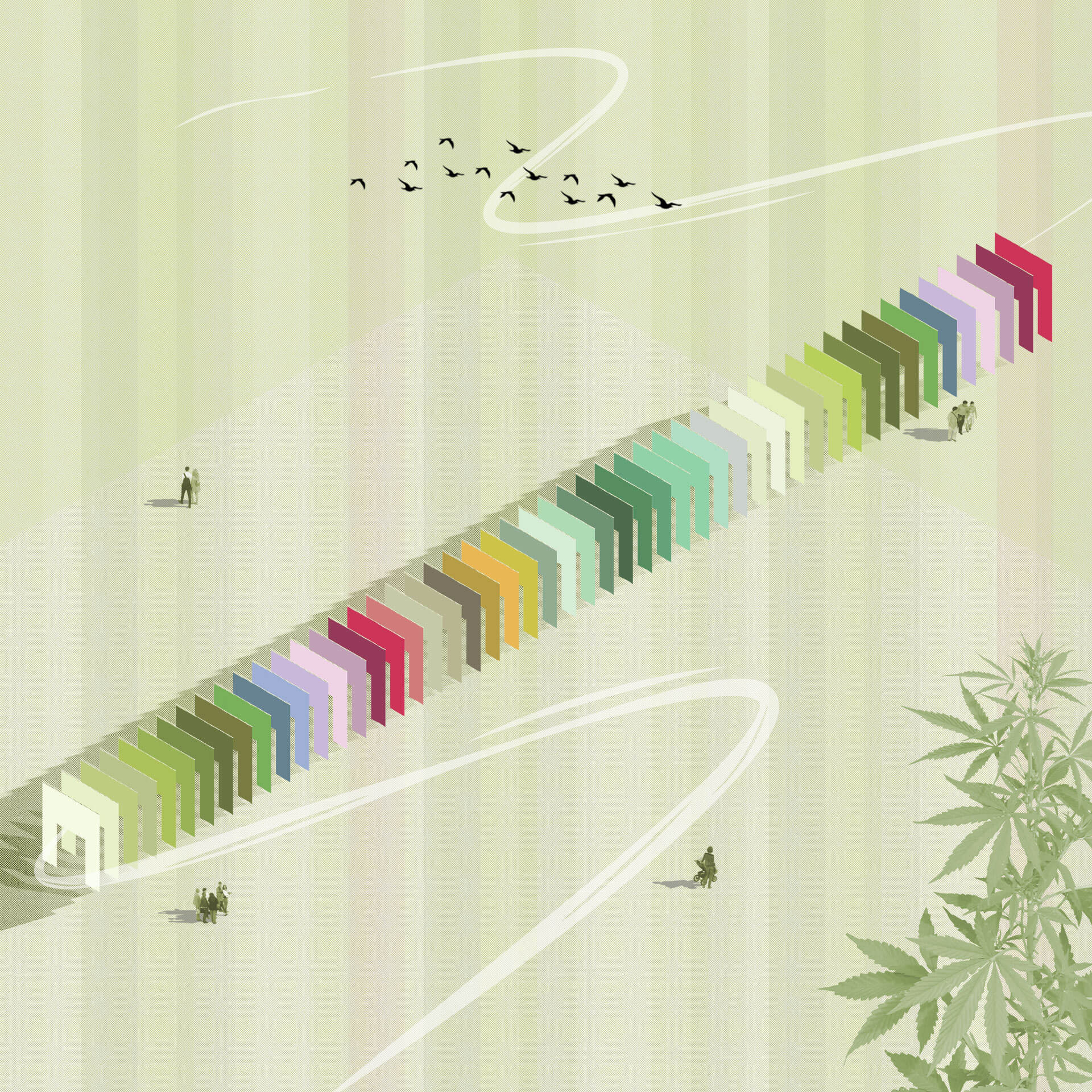