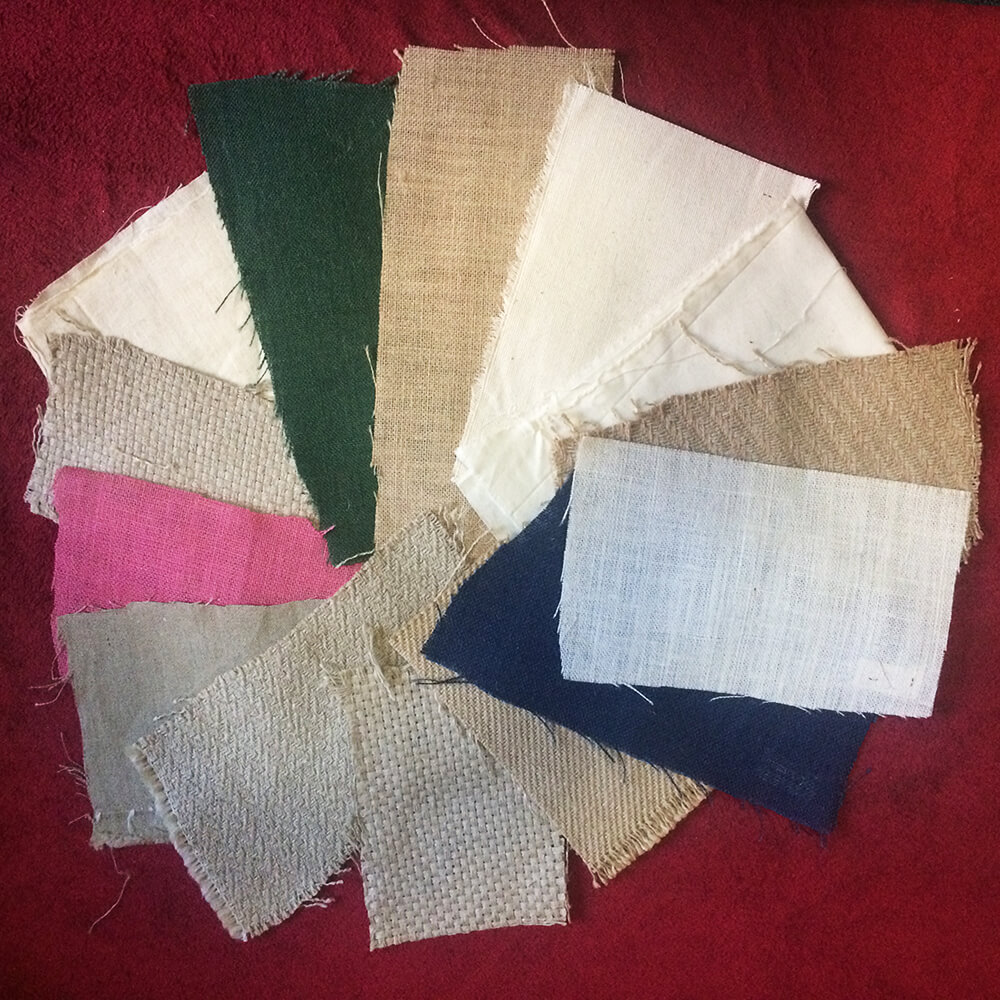 In the original idea, 50 Shades of Green would have been developed using pure hemp fabric, but unfortunately I had to drop the idea, after a very long, unsuccessful research.

Italy was, since the renaissance times and until world war II, a prime producer of hemp textiles, and had a complete production chain in place. Hemp fabric was used then for almost everything, from clothing to boat sails, to towels and sheets, and even to produce paper. Unfortunately, the war destroyed most of the industrial plants, and the interference of the american economy in post-war reconstruction pushed the “new” american textiles such as cotton and denim. The prohibitionist laws that were issued in 1975, that demonized hemp, cannabis and related, put a final end to the Italian hemp production and the hemp textile industry.

I have been looking everywhere for producers of hemp textiles in Italy, but unfortunately there are none. I found, in Caserta (near Naples) an old stock of hemp bedding sheets – actually a collection of them, as in the area there was an old tradition to produce handmade sheets for newly wed couples. Unfortunately, not only the sheets i found were kind of small (only 2,5 mts x 3 mts), but the real problem was that they didn’t have enough material to create all 50 shades – with the material I found I could have created only 20 shades or so.

I had to find a hemp fabric producer, and the closest hemp production hubs are now in China and Romania, but shipping costs alone were too high. Also, hemp textile is really expensive and totally unaffordable, specially for a self-funded, non commercial art project.

This is why, after asking for quotes all over the world, and after asking to a few textile companies who market hemp to sponsor the project (but with no success), I had to adopt a second best solution – actually, a third best: a mix of cotton and hemp. I say “third best solution” as the second best solution was a mix of cotton and hemp with a good 40% of hemp, but the few hundred meters of textile needed for the project were still very expensive and unaffordable, so I had to go with a canvas-style fabric made out of mixed cotton/hemp, but hemp is just 15% of the fabric composition.

Well, at least I managed to get “some” hemp for the shades, as it would have been very frustrating to create this project having to renounce at all to hemp fabric, due to budget constraints.

Even finding a good mixed fabric with the right consistency at a good price has been a challenge. i have found several distributors and stock vendors in prato (near Florence), a city that is famous for its textile production, and after a long selection of materials and vendors I was prepared to spend more than 2,000 € on textiles alone. But I got lucky, as the day before placing my order I met Stefania, a good old friend here in Rome, who introduced me to Marco, an old friend of hers and the owner of a century-old textile business in Rome, Azienda Tessile Romana (ATR). Marco, who loves to support the arts, offered a pretty good discount on the textiles I needed, so I ended up spending just a bit over 1,000 € on fabrics. Thank you Stefania and Marco, by saving my budget you truly supported the project.

I got about 270 meters of textile, cut out of 1,5 mts rolls, so I will be using over 400 square meters of fabric for the 50 Shades of Green project, which is equivalent to the surface of two tennis fields. Now that I got the textiles, I can proceed with the several other stages of production, which include cutting and sewing all the 50 shades, and of course colouring them all, and testing the terpenes with it. But these are future blog posts i will be writing soon, stay tuned.