Those who follow me as an artist know that, besides of contemporary art, I’m very much involved with music. Being a music addicted since a very early age, it didn’t tool that long for me to become a DJ, and later on a producer. At first, in the early ’80s as a radio DJ, and later on as a techno DJ/producer, going with the DJ Sonic moniker at first, and as Burningmax since 2003.

Why am I writing this on this project blog? Because I’m very happy to announce that, besides of hosting the 50 Shades of Green blog art installation, Canapa Mundi also accepted my pitch to play a DJ set at the show, so I’m now officially included in the Canapa Mundi DJ lineup for the Dancehall Area, with a 2 hours DJ set scheduled on Sunday February 17 from 6PM to 8PM, closing the stage on the third and last day of the trade show. Check the official Canapa Mundi Dancehall Area flyer here below to see all the other music artists who will be playing at Canapa Mundi during the three days of cannabis show, and that includes some among the major dub, reggae and hop-hop bands and DJ/producers from Rome. It’s going to be a good three day soundtrack to the event.

While I normally love to play techno music, at Canapa Mundi I will be performing a live DJ set playing a selection of massive dub, hip-hop, reggae and bass music tunes, of course “dropping” some techno loops and tunes every now and then. Don’t miss it, it’s going to be massive!

Also, if you are interested in listening to my music, just head to my official Burningmax music site, where you will find hundreds of studio and live DJ sets, remixes and a few productions of mine, that you can listen online or download for free, if you like. Don’t forget to share the music you like, and see you at Canapa Mundi for the Burningmax DJ set! 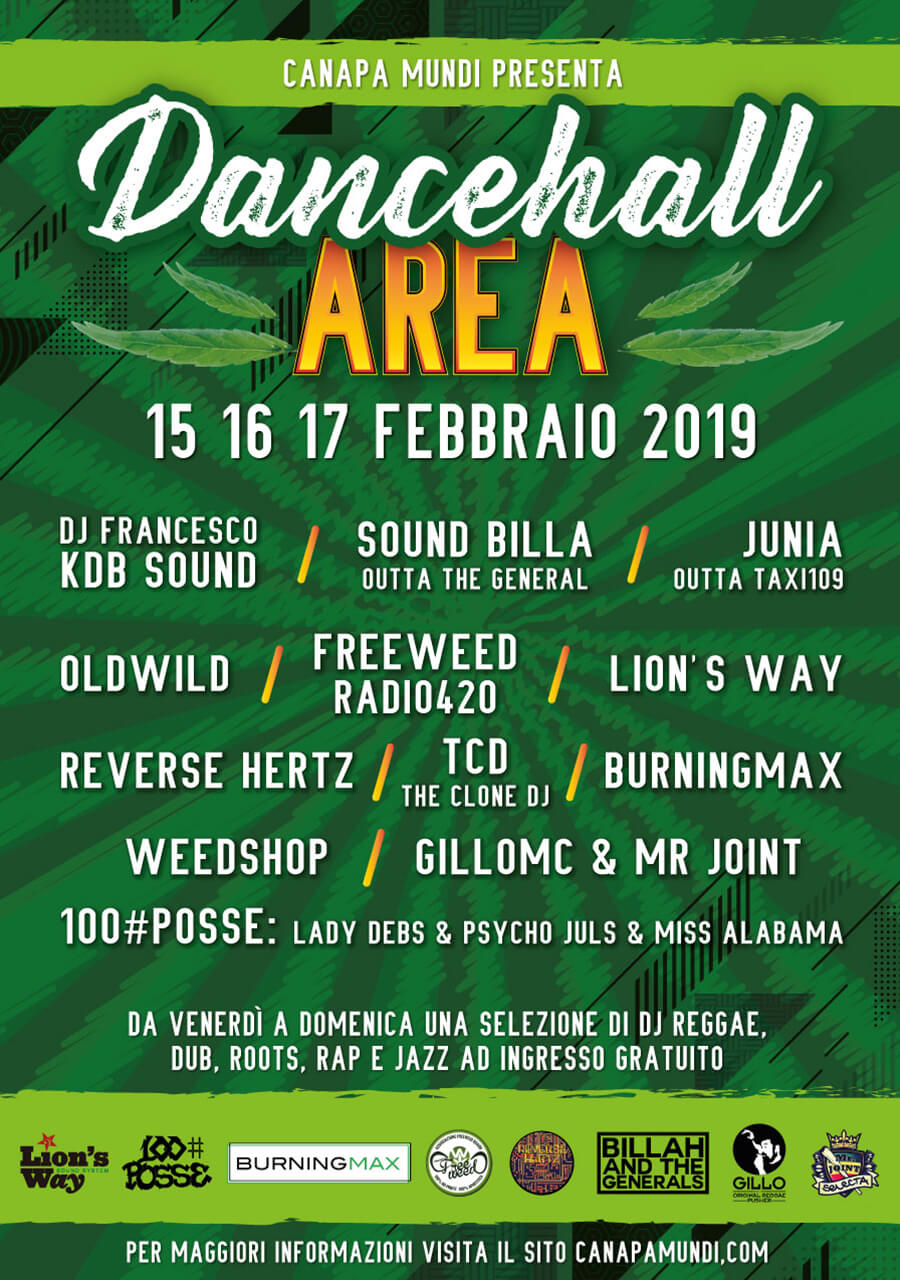