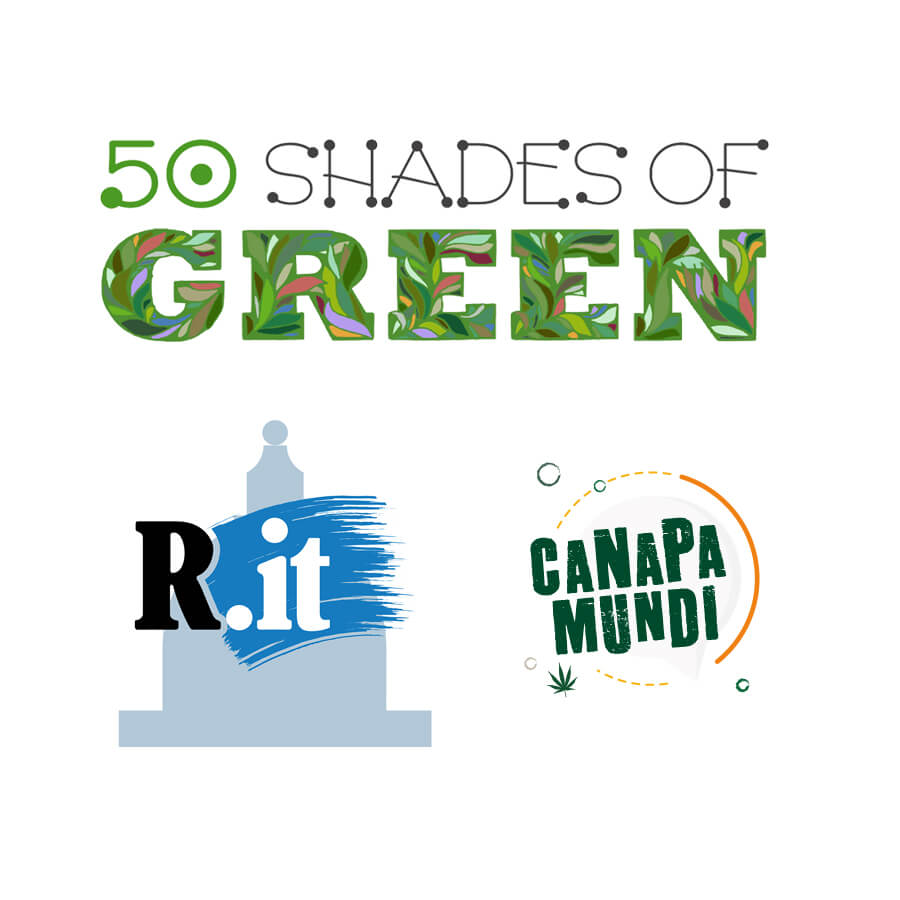 As a result, the news have been picked up and broadcasted by many media outlets, both local and national, and most notably by the Rome-based newspaper La Repubblica. While La Repubblica, with its huge reach actually just mentioned the presence of the installation at the upcoming trade show, other media have published the press release in full, offering plenty more details on the project, brilliantly highlighted in a special section of the press release titled “Hemp and Art”. Here is the link to the article from La Repubblica, and some other links of the media outlets who have picked up the news over the last 24 hours, publishing the press release in full. Read it (in Italian) here, here, here and also here.

Since the press release mentioned 50 Shades of Green but didn’t offered too many details nor images of the installation, I will soon issue my own press release, filling up all the info gaps on the project’s conceptual side, its production steps, sponsors and supporters, and of course a few images that go with it. Stay tuned! 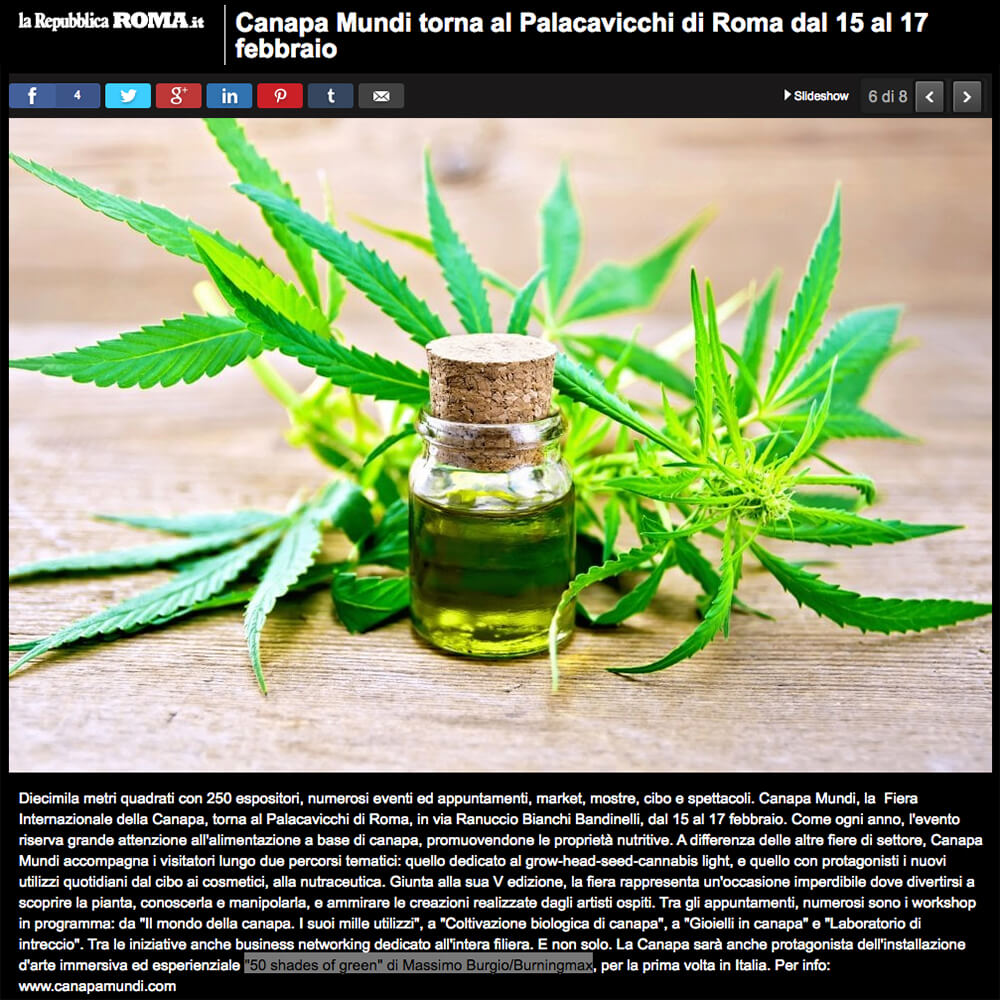 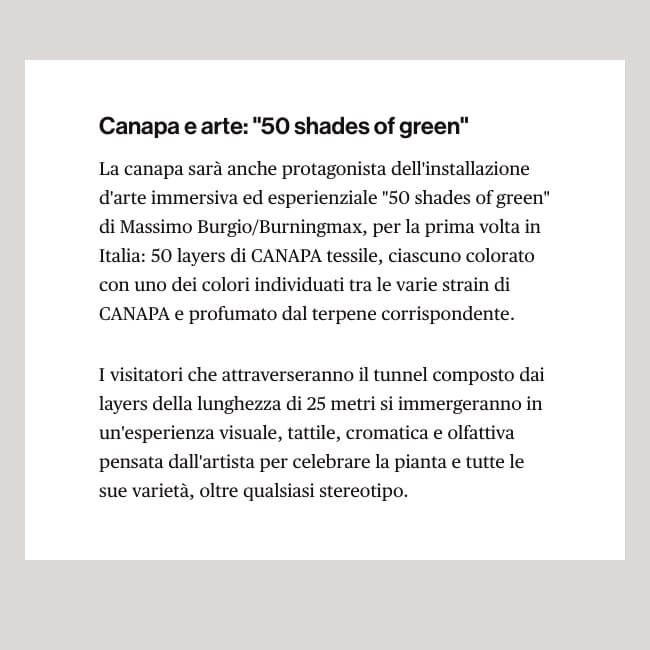