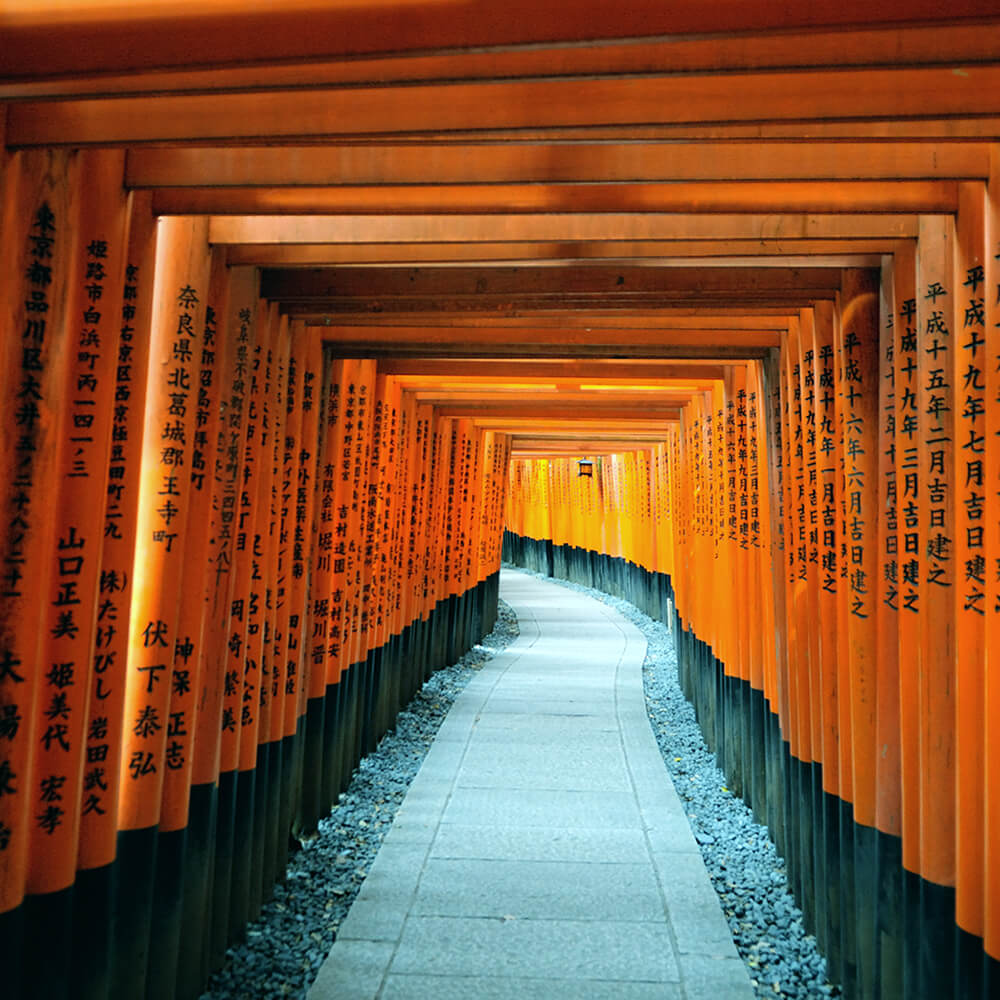 As I mentioned in my previous blog post about Christo and Jeanne-Claude’s The Gates, which I am honored to enlist as one of the major inspirations for this project, both 50 Shades of Green and The Gates share a common further inspiration, the Fushimi Inari-Taisha sanctuary in Kyoto, Japan, which I had the pleasure to explore a few years ago, at the beginning of 2011.

More than “exploring” the Fushimi Inary sanctuary, I actually got lost in it. But it also was one of those experiences where, rather than freaking out for getting lost, I actually enjoyed it, and kept wandering around all night up and down the hill that hosts the sanctuary. I was supposed to visit it in the morning but, since Kyoto is an amazing city, I got sidetracked by too many things, and ended up getting to the entrance of the sanctuary only at around lunchtime – which is good, as I managed to see in the daylight the amazing endless red tunnel created by thousands of Torii that are aligned on the main pathways up the mountain. Being wintertime (I think it was January), it got dark pretty soon while I was still climbing up the mountain and exploring the sanctuary, getting constantly sidetracked by the thousands of shrines that Fushimi Inary is home to.

I didn’t spent the entire night at Fushimi Inari, but it certainly felt so. I think I managed to get to one of the main exits at around 2AM, and that was after setting foot at the sanctuary at lunchtime. It was magic, and the thrill of getting lost among the shrines quickly made room to the feeling of venturing in a Studio Ghibli adventure. I will never forget that night and, as a matter of fact, sometimes I dream about wandering around the holy mountain. And it’s also thanks to that Japanese very personal experience that 50 Shades of Green is coming to light.

Here are a few of the pictures i took at Fushimi Inari, but you can also explore a full photo album on Flickr – about a hundred pictures, until my camera run out of battery, so I could finally enjoyed the pleasure of getting lost in that sea of red popping out of the darkness.