This footage is not from our French CORE Crew, but comes from the work of the German burner and film maker Uli Peichert, who basically shot and edited the entire documentary on her own, and also in a record time, less then two months after the end of Burning Man. Introducing: “You Can’t Unburn the Fire – Burning Man Documentary 2013”, ein film von Uli Peichert. Danke, Merci, Thank You Uli for your great work! 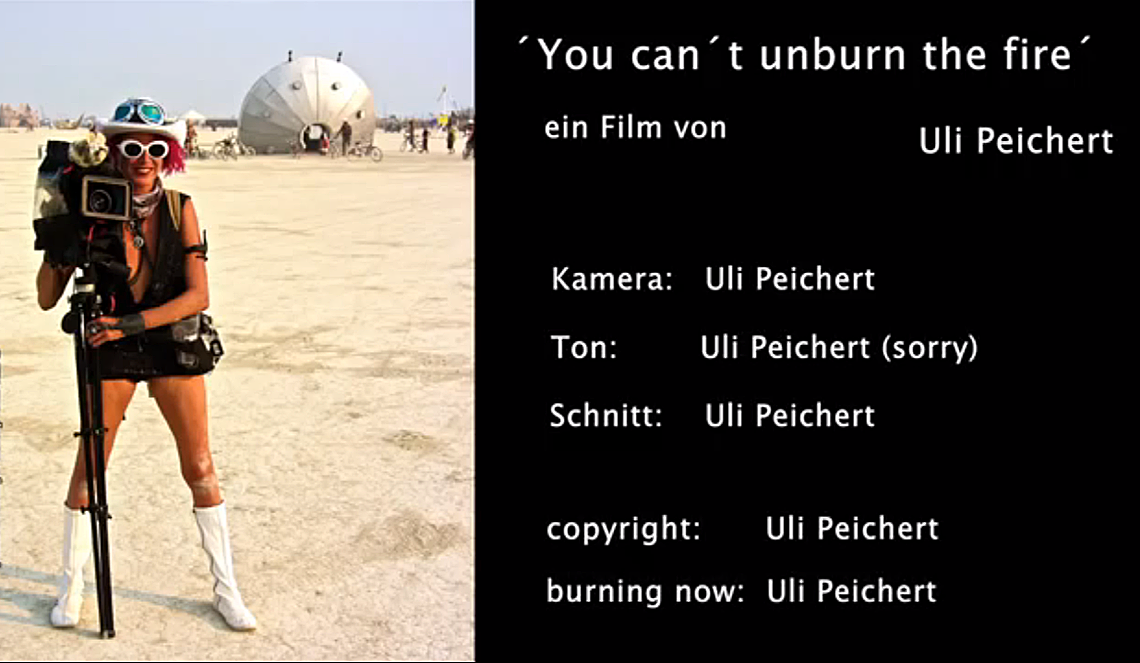 In “You Can’t Unburn The Fire” Uli catches with her camera the most she can of the playa life, and included in her Burning Man 2013 documentary sequences about theme camp life and organization, interviews with organizers like top (burning) man Larry Harvey, art cars, the Man, the Temple, Trap Church, Center Camp, art installations, CORE projects, BMIR Radio, Jerk Church, musicians, DJs, explorations of the Esplanade and the Deep Playa at day and night, Thunderdome, playa weddings, exodus, leave no trace, and dust, dust, dust… all in less than 2 hours of documentary!

Among the several sequences, there is a pretty long one where Uli documents the night of the CORE Burn from the point of view of Stairway to Heaven, following our French CORE Team during the entire Burn event, from the set-up of the fire perimeter, to the “hell breaks loose” and the tribal dances around the finally burnt down Stairway to Heaven. Great job, Uli! Thank you!

Here are some images of the burn of Stairway to Heaven, taken directly from the Burning Man documentary: in the same circle with other CORE projects (in the back is clearly visible the Israel CORE installation also struggling to burn, and on the right the Portland CORE structure, already wrapped in flames – on the left the Dallas CORE, already down), the French CORE fire perimeter trying to resist the intense waves of heat, and the dance around the fire when Stairway to Heaven went down. Great memories… thanks again, Uli! 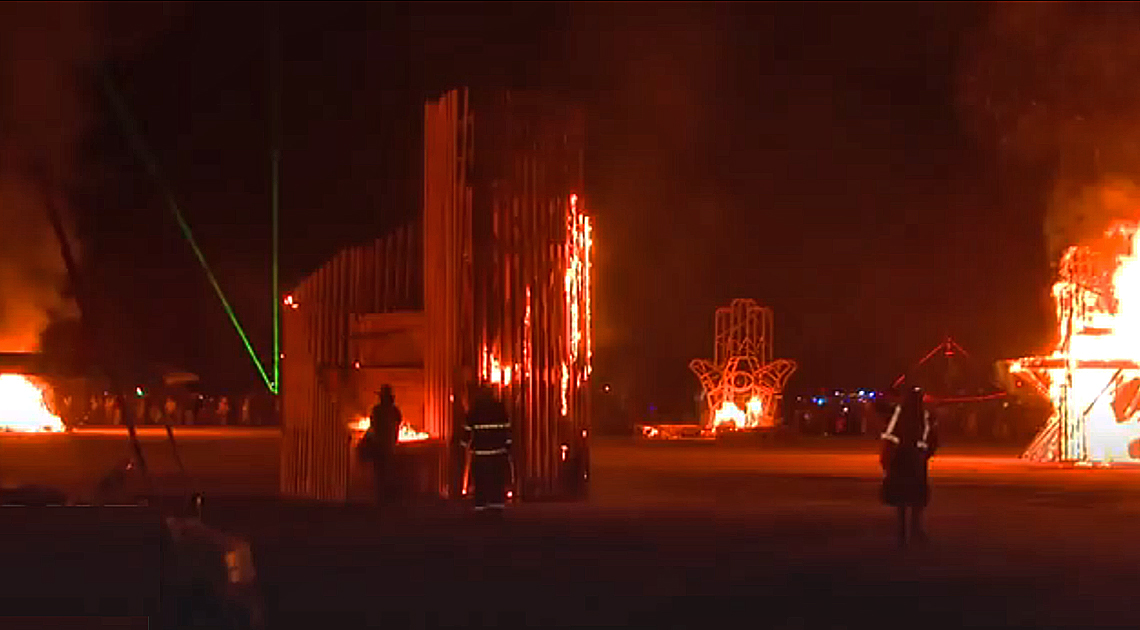 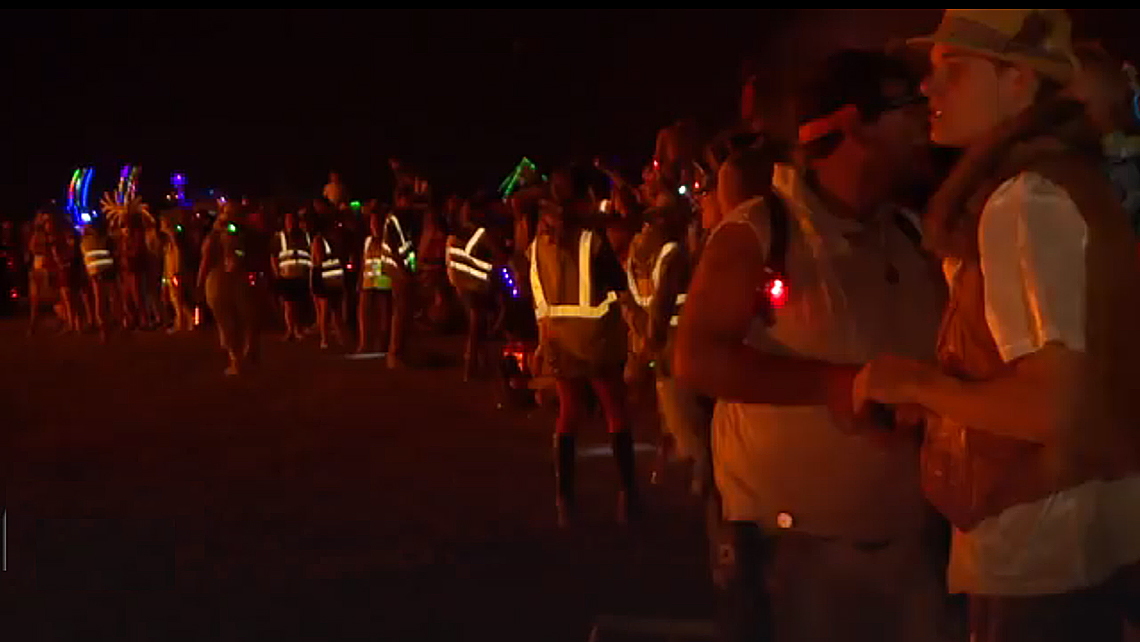 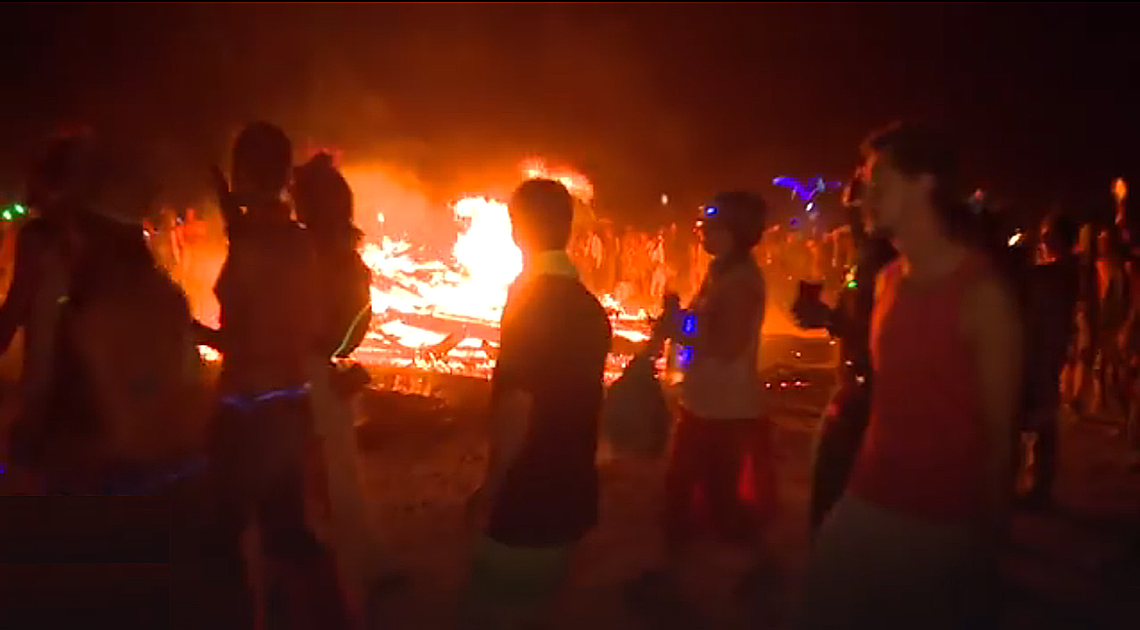 We strongly suggest you’ll find some time to immerse in the full vision of the documentary, and to watch it all – it’s really good, and not only because it features Stairway to Heaven! =)
Anyway, if you want to jump straight to the footage of the burn of Stairway to Heaven, start the video at 1:16:00 (1h16m00s).

The documentary is hosted on Uli Peichert’s page on YouTube, go there to support independent film making by simply making Uli happy with a nice comment about her work or just saying hi! Enjoy the vision!

Photo and video credits for this blog post: Uli Peichert.